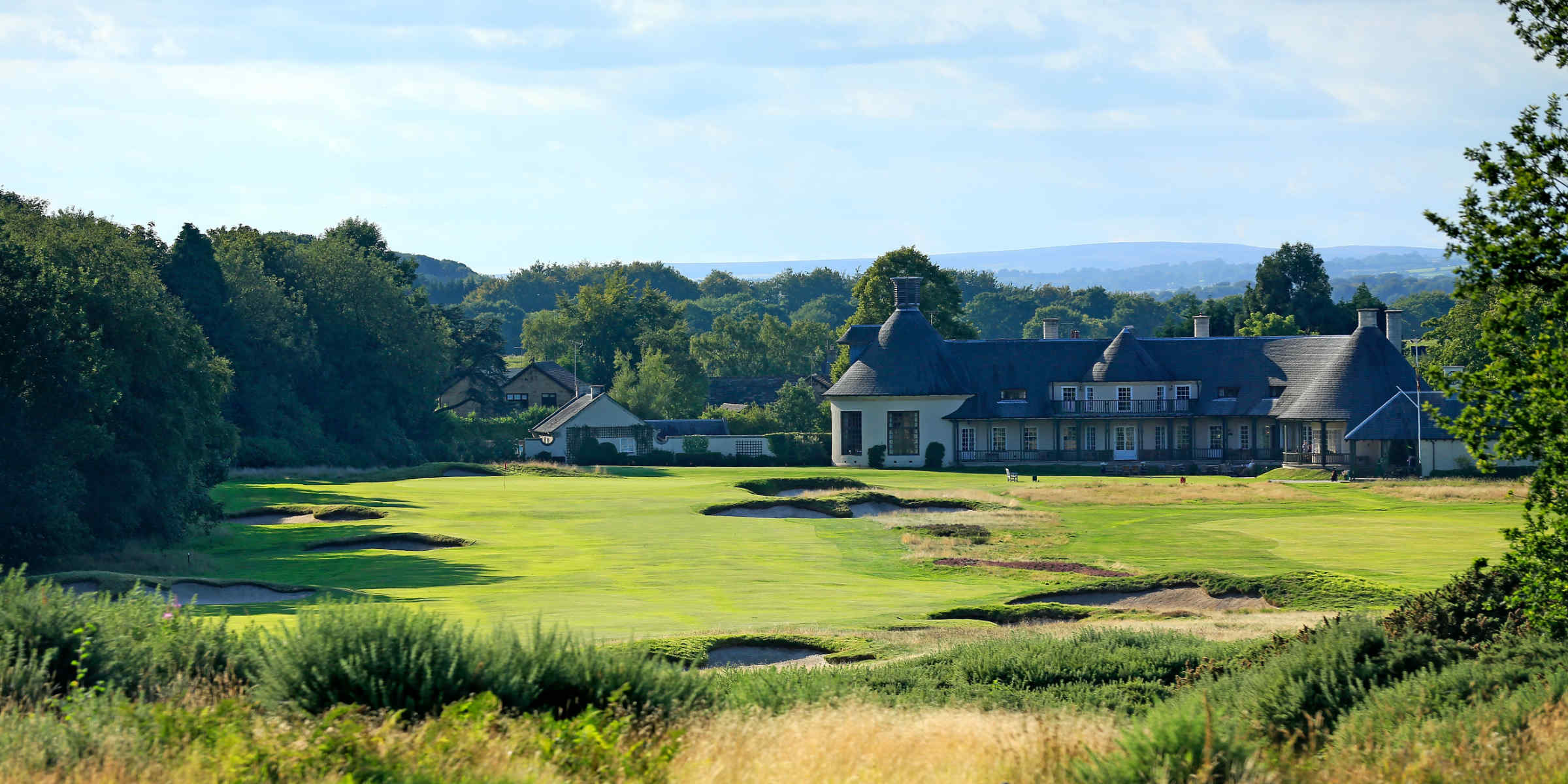 Alister MacKenzie was a medical graduate of Cambridge University and a GP in Normanton, close to Leeds. He was a founding member of the club and laid out the design in 1907. The club also invited the well-known course designer, Harry Colt, to “reassure” the Alwoodley Committee that Dr. MacKenzie’s design was acceptable. Colt made very positive comments about the new course and also about MacKenzie’s enthusiasm and flair. The course was built on Wigton Moor, part of the Harewood Estate. MacKenzie was the first Club Secretary until 1909 and was Captain in 1912. At the same time, his first wife Edith was Lady Captain. In 1909 he designed Moortown Golf Club, which is only about half a mile away.

The original MacKenzie layout remains at Alwoodley to this day. The course has now been lengthened to over 6,900 yards from the championship tees.

The club have been careful to retain the heathland and moorland characteristics of the course, as well as the MacKenzie hallmarks of variety, natural beauty, and intriguing strategy. This heathland course is long established as one of Great Britain and Ireland’s top 100 courses. The tight, springy, fast-running fairways are cut out of heather and gorse.

Cunningly bunkered, the large greens are undulating and allow for many interesting pin positions.

Recent work under the supervision of Ken Moodie has seen almost all of the bunkers restored to MacKenzie’s original specifications while new championship tees take the yardage to 6,914 yards (6,320 metres) against a par of 71.

Alwoodley is renowned for both its wonderful par 3s – the green on the 11th has more than a touch of Augusta about it – as well as the strength of the fearsome closing stretch, played into the prevailing wind.

The club has hosted a number of national tournaments over the years (famously declining the Ryder Cup because “the clubhouse was too small”!). In 2019 the Brabazon Trophy, the English Strokeplay Championship, will be played at Alwoodley.

The club has a very small, friendly membership. For many years those from the legal and medical professions largely dominated but more recently the membership has become more eclectic.