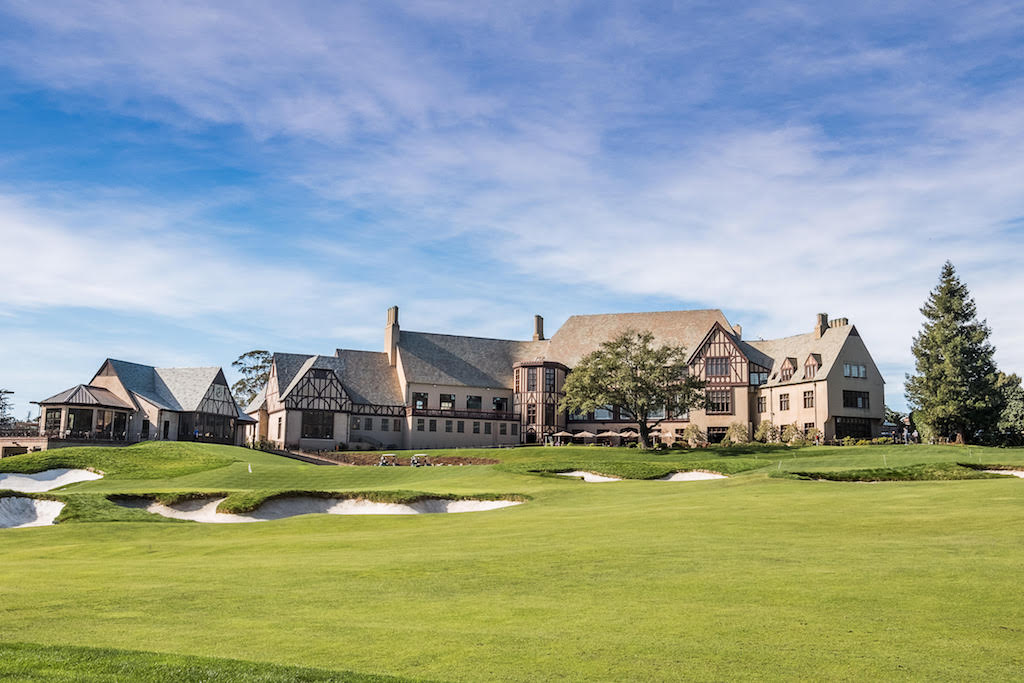 In January 1926, MacKenzie made his first trip to the United States, arriving in San Francisco on January 29, where he met his friend, and soon to be business partner, Robert Hunter. Hunter had urged MacKenzie to come to California because of the many golf course design opportunities that existed, including the redesign of Claremont Country Club. Hunter had been a member of Claremont from 1917 to 1923. Claremont was also of interest to MacKenzie since it was the home club of the famous Scottish golf professional, Macdonald Smith, who was then the number one ranked professional golfer in the world.

The redesign of Claremont’s course was one of MacKenzie’s earliest works in California. Claremont’s clubhouse fire in January 1927 delayed the start of construction work at Claremont until September 1927. The MacKenzie redesign of Claremont included changing the routing on six holes—2, 3, 5, 6, 12, and 17—and altering the bunkers, fairways, and greens on an additional seven holes—1, 4, 7, 9, 13, 14, and 18.

MacKenzie convinced many of his best construction crew members to leave the British Isles and work on projects in California under the banner of the American Golf Course Construction Company (AGCCC), partly owned by MacKenzie and headed by Robert Hunter’s son, Robert Jr. Claremont proudly displays a photo of an advertisement that ran in a 1928 issue of Fairway Magazine touting MacKenzie’s work at Cypress Point, and this ad specifically mentions that he was currently “Remodeling at Claremont Country Club.”

Between 2002 and 2008, Claremont embarked on a major “MacKenzie Restoration Project” to bring the course back to the original MacKenzie design since it had slowly changed over the intervening 70 plus years. Claremont hired Renaissance Golf Design, under the direction of Tom Doak, due to their extensive knowledge and experience with MacKenzie golf courses. Jim Urbina became Doak’s onsite project manager. Renaissance worked off a 1930 aerial photograph of the course and a handful of 1930s black and white photos of various holes. The aerial photo was the key to the success of precisely duplicating bunker locations and size, tee box locations, and green configurations. The result was that twelve fairway bunkers were removed, a number were added near green complexes, sixty greenside bunkers were redesigned, and drainage was improved on many greens. Four greens were completely reconstructed (holes 4, 7, 11, 12) in the shape and spirit of the original greens but with less slope to accommodate modern green speeds. In addition, many trees were removed which opened up the view lines on the course and allowed the sun to provide improved turf condition.

In 2017, as part of Claremont’s construction of a new golf shop behind the first tee, the club hired Urbina to return and restore the final piece of the original MacKenzie puzzle, a large bunker behind the 18th green that frames the hole perfectly. Now, Claremont’s members are able to enjoy one of MacKenzie’s “little jewels” as he intended.