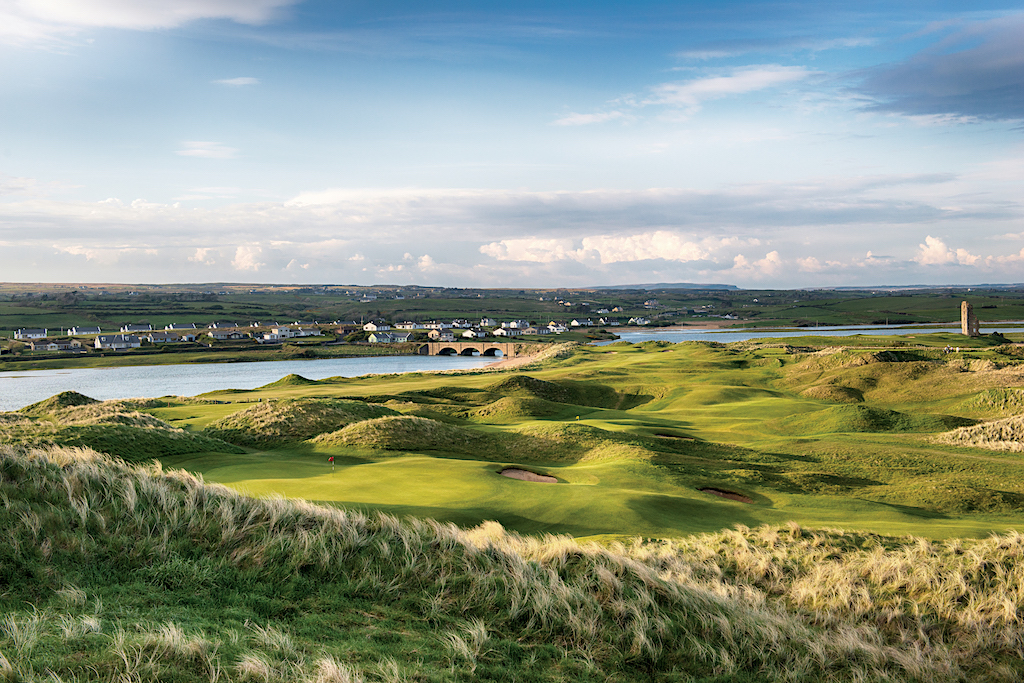 Lahinch Golf Club was founded on Good Friday, April 15th, 1892, by members of the 2nd Battalion of the Black Watch (42nd) Regiment who were based in Limerick city.

Lahinch Golf Club is renowned for the way the links has retained all of its old virtues. It has benefited from the willingness to move with the times and is now regarded as one of the best and most enjoyable challenges to be found anywhere in the golfing world. The legendary Old Tom Morris set the highest standards for the course from the outset. He was followed by equally celebrated architect Charles ‘Mo’ Gibson before Dr. Alister MacKenzie cast his magic over the links land.

Alister MacKenzie paid many visits to Ireland, initially in 1924 when he advised a number of Clubs in the Cork region before returning three years later, in 1927, to take on the challenge of Lahinch before relocating to the United States in 1929.

The minutes of the committee meeting held at the Aberdeen Arms Hotel on 12th August 1926 recorded that ‘the services of a first-class golf architect be obtained so that his advice on the existing course generally might be available and his views on the possibility of making an 18 hole course in the sandhills be procured for the guidance of the committee. The Secretary was instructed to write to Messrs Colt and MacKenzie to ascertain their charges.’

The members rallied around to ensure MacKenzie’s vision could become a reality, with Edmund L Wickham, Secretary/Manager from 1922 to 1935, being a major influence. He arranged debenture loans from the members to fund the project and personally supervised the work on the course. At long last, after MacKenzie’s visit, all 18 holes at Lahinch would be located on the sandhills side of the road.

Plateau greens were an essential part of MacKenzie’s design except for the Klondyke and Dell, designed by Old Tom Morris in 1894, which remained untouched. After playing the Dell, the golfer is now deep into the magnificent duneland, the most natural links terrain, on which MacKenzie brought his unique genius to bear.

From the 9th hole onwards MacKenzie imposed his will, relishing every step of the challenge and one can well understand his enthusiastic claim that ‘Lahinch will become the finest and most popular golf course that I, or anyone else, ever constructed’ as he cast his experienced eye over the majestic terrain.

To his dying day, Alister MacKenzie spoke fondly of Lahinch and ‘The Gem’ of which he was so proud.

Over the years, alterations were made on the golf course by numerous committees and as
the 21st century approached, many Lahinch members began to feel that their Links, wonderful and all as it had been for more than a hundred years and still very much fit for purpose, was in need of an upgrade that would maintain and further increase its worldwide reputation.

Any club sufficiently farsighted to hire people of the calibre of Old Tom Morris and Alister MacKenzie was never going to settle for second best this time round. And so in 1999, the Club commenced a project which was as important as any ever undertaken in the long history of the Club; the sympathetic, yet brilliantly innovative restoration of the MacKenzie links, under the direction of world-renowned golf course architect Dr. Martin Hawtree.