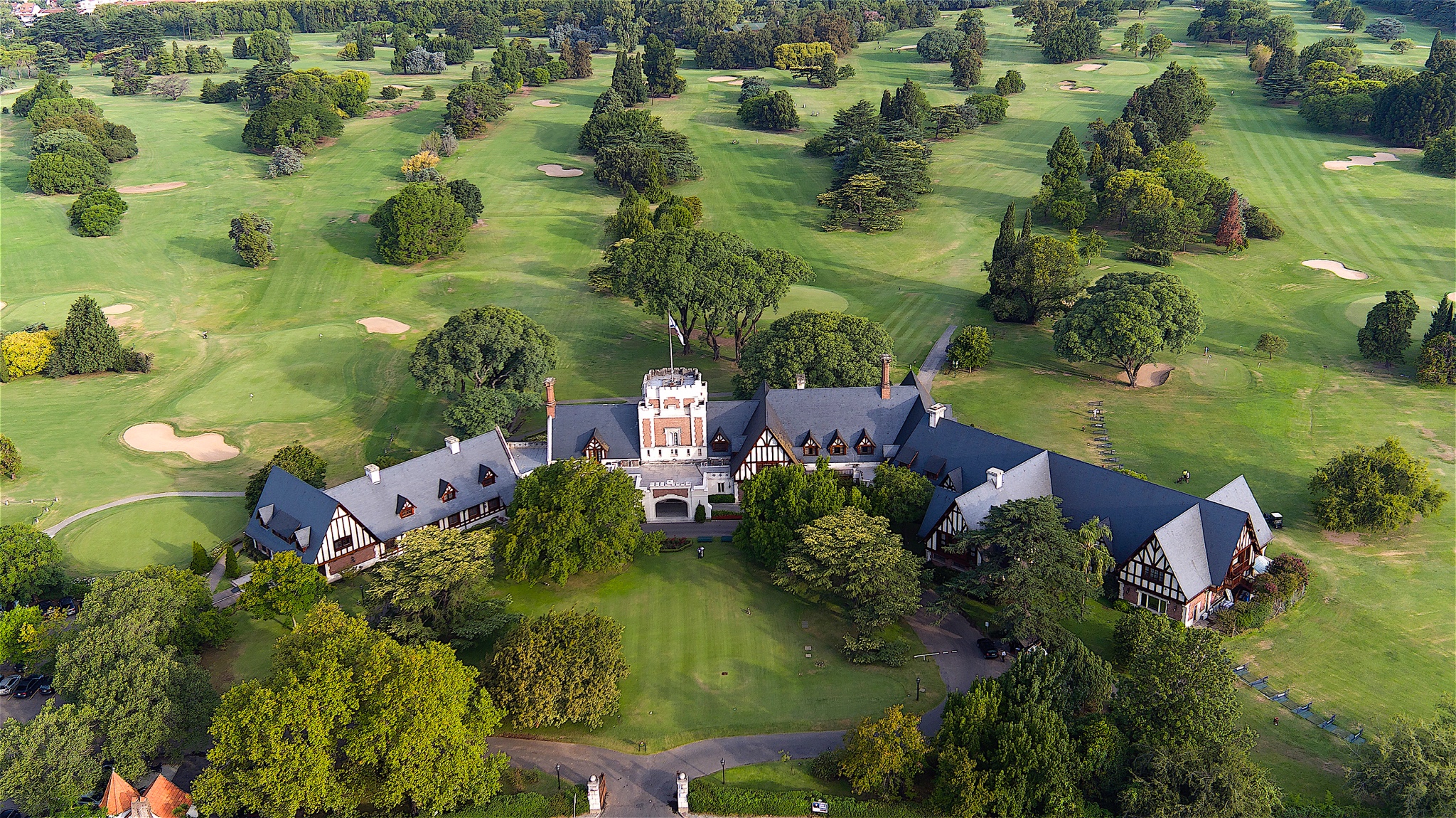 Incorporated in 1882, the Jockey Club is one of the most traditional in Argentina, with world prestige in the field of horse races.

In 1929 the club decided to incorporate golf as one of its sports and social activities in the land adjacent to its new race track in San Isidro, Province of Buenos Aires. They sought advice in this respect to the USGA and upon this association’s recommendation, they hired Alister MacKenzie to build two 18 hole golf courses. MacKenzie arrived in Buenos Aires at the beginning of 1930. He joined Mr. Luther Koontz, from Wendell Miller and Co., expert in the construction of golf courses, irrigation, and drainage.

During his approximately three months stay, Dr. MacKenzie designed and managed all the work and Mr. Koontz executed them with perfection. The contouring of both courses was finalized in 21 days. MacKenzie left Argentina when all the greens had been delineated and constructed. The rest of the work was carried on by Mr. Koontz. In less than a year later, they were ready for play. As red and blue ribbons had been used to distinguish them during construction, they were named Azul (Blue) and Colorada (Red). In connection, those are the colors of the club’s shield.

Considering the year of construction it is remarkable that both courses were equipped with the most modern irrigation system.

Both courses, that continue to be emblematic, have pleasurable characteristics for high handicap players and challenging ones for scratch players. Having been designed a few years before Augusta National some concepts were repeated in the latter, like the 8th at Augusta resembling the 16th at the Colorada. Likewise, the 12th hole at Augusta is similar to the 7th Azul.

In his Jockey Club design MacKenzie was also inspired by famous holes from distinct Scottish courses, e.g., the 10th Colorada green resembling the Road Hole at St. Andrews, or the final holes at the Colorada and the Old Course in St. Andrews, both having their Valley of Sins.

Throughout the years the Jockey Club has been visited by some of the world’s greatest golfers, including Henry Cotton, Bobby Jones, Peter Thompson, Severiano Ballesteros, Tony Jacklin, and Lee Trevino.

The World Cup has been played here in 1962, won by the US (Arnold Palmer and Sam Snead) and in 1970 with the victory of Australia (Bruce Devlin and David Graham). On both occasions, the Individual Trophy was won by the great Argentine Champion Roberto De Vicenzo.

The 2012 Gathering of the MacKenzie Society was hosted at our club with the victory of Titirangi Golf Club.