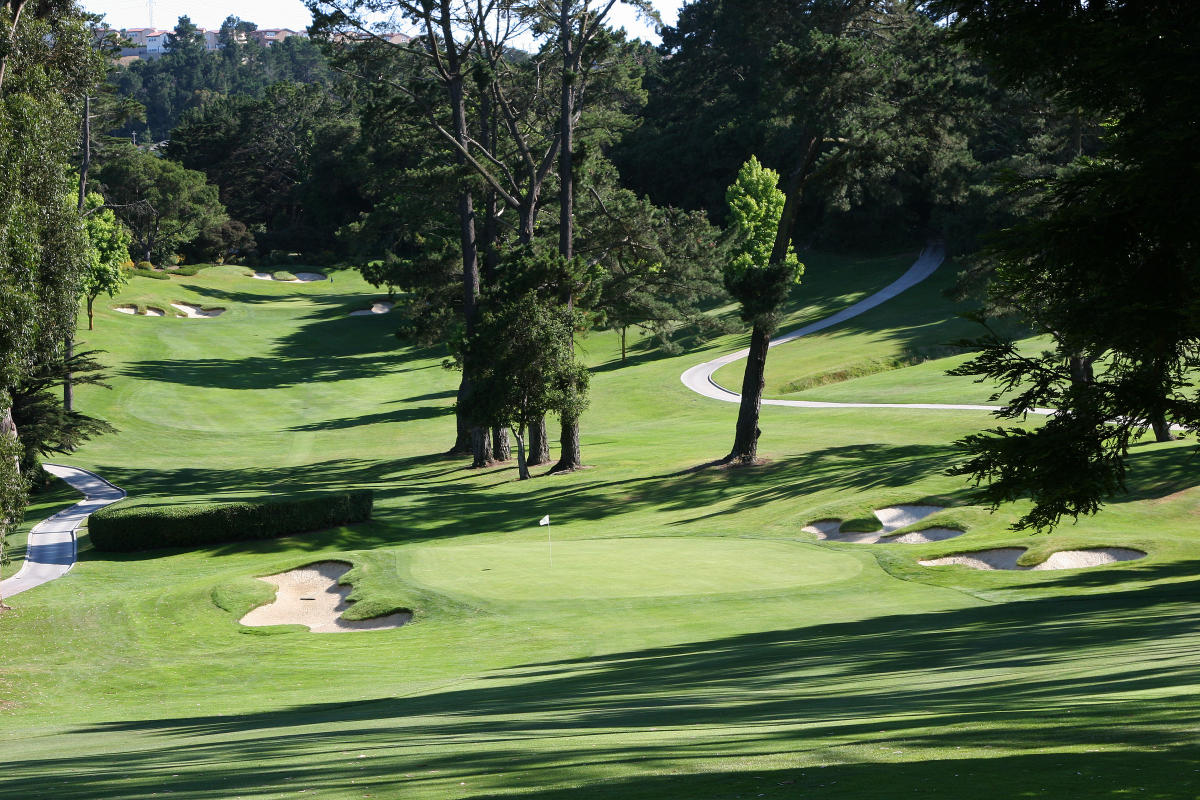 The Beginning
In 1928 a group of San Francisco doctors and businessmen decided to build a country club on the San Francisco Peninsula comprised of rolling hills and countryside. The site selected was once an orchard and garden where plants were grown that were used in the World Panama Pacific Exposition of 1915.

These 143 acres, which includes land west of the present 15th green, were purchased for $250,000. Originally opened as the elite Union League Golf and Country Club under a joint membership with the Union League Club of San Francisco, it had a limited membership of 300 and an entrance fee of $1,250.

The mortgagee, West Coast Life Insurance Company, waived the accumulated interest and annual installments of $15,000. The club reorganized in 1933 under the name Millbrae Golf and Country Club. It became semi-public although the members constantly strove for a closed membership. Existing on dues of $6.60 per month, the members became known as the “Six Sixty Boys”. Cost cutting efforts extended to the removal of many of MacKenzie’s bunkers and other features.

“Green Hills” Emerges!
Financial woes continued in the years surrounding WW II and, in 1944, the club fell into delinquency. Reorganization was again necessary.

In 1945 Green Hills Country Club was chosen as the new name. By then, there were about 18 of the original 100 bunkers remaining. But a group of members brought their own shovels to the course and opened up of few of the covered Mackenzie bunkers.

During the past quarter-century, restoration of MacKenzie’s creation has been ongoing. Today, Green Hills is again one of the finest golfing venues in the state and one of the finest in Northern California. As testament, Green Hills has been the site of numerous prestigious U.S.G.A., N.C.G.A. and W.G.A.N.C. events, including U.S. Open qualifying, U.S.G.A. mid-amateur qualifying, and the MacKenzie Cup.

“Green Hills” Rebuilds!
With a clubhouse that was initially constructed in 1930 and which had been extensively renovated by adding new inter-connecting structures and improvements over seventy plus years, it was time to rebuild our clubhouse. With the economy booming after the turn of the century, the Club’s Membership finally agreed to demolish the old and build from the ground up a new 23,000 square foot state of the art clubhouse facility. The process was started in the 2002-3 time period and by the time the financing was finalized and construction contracts were let, it was 2006. Construction was substantially completed at the end of 2008 with the grand opening in November.

Consistent with the tradition of the development of Green Hills, our rebuild project was completed just before the first major recession since the Great Depression. While our membership count did go down, the Members never lost the faith of being a Member of a golf club that was originally designed by the great Alistair MacKenzie.

At the end of 2018, we had restructured our financing (history repeats itself again) and our Membership counts continue to increase. As in all MacKenzie courses, Green Hills continues to offer a unique round of golf, time after time being played.

In short, no matter what obstacle confronts Green Hills, whether the Great Depression, World War II or the Great Recession of 2008, it is the MacKenzie golf course that continually keeps Green Hills Country Club alive and well!