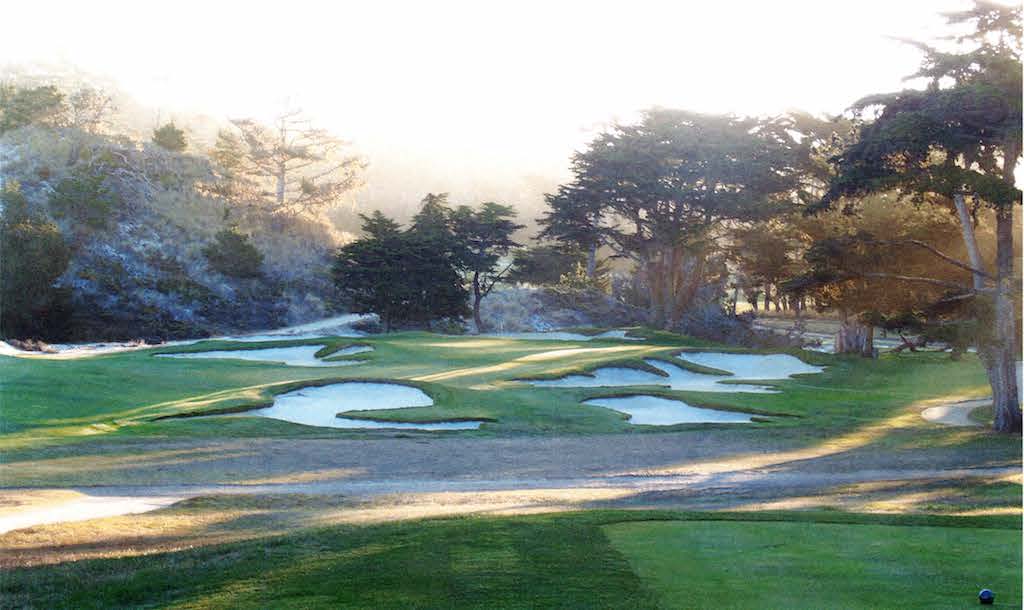 Samuel F.B. Morse was a businessman, a former Yale football captain, and a sportsman, but he had very little background in golf. Still, as President of the Del Monte Properties Company, charged with developing Pebble Beach, he made some critical and farsighted decisions. At Pebble Beach, he overruled the plan to locate residences along the oceanfront property, resulting in the world famous Pebble Beach Golf Links which is incidentally celebrating its centennial this year.

Just north of Pebble Beach, along a small cape originally called Cabo de Nieve because of a very rare snowfall but since 1774 called Cypress Point, Sam Morse, along with champion woman golfer Marion Hollins (the developer of Pasatiempo) decided to build a private golf club to further enhance Pebble Beach as a golf capital. Marion Hollins made two very significant contributions to the development of the Cypress Point Club golf course. First, she brought in Alister MacKenzie when the original designer, Seth Raynor, passed away after completing only a rough routing. And second, standing on what is now the sixteenth tee, she famously hiked up her skirt and hit a ball right in the middle of what is now the green and as a result number sixteen became a par three.

The Cypress Point Club golf course opened for play in 1929. It was quickly acclaimed as a magnificent links and got a huge boost when Bobby Jones lost in the first round of the 1929 U.S. Amateur at Pebble Beach and came over to Cypress Point to play an exhibition round. This led to Alister MacKenzie being hired to design the Augusta National course, and too much attention being given to the beauty and quality of the setting and the Cypress Point golf course.

The course has consistently been ranked among the very top courses in the U.S. and in the world. It was ranked #3 in the U.S. in the latest issue of Golf Digest, behind Pine Valley and Augusta National.

The Cypress Point clubhouse was designed by George Washington Smith of Santa Barbara and decorated by artist and Member Francis McComas and Frances Elkins. It also opened in 1929 and is mostly unchanged from the original design.

Right after the Club opened the depression took its toll, but the core membership preserved with much assistance from the Pebble Beach Company and has thrived since re-opening following World War II. The Club has 250 Members from all over the world. Over the years it has been wonderfully served by a succession of Golf Professionals, from Henry Puget to Jim Langley and now by Casey Reamer. The Club has also had a wonderful cadre of caddies, and playing golf at a fast pace, walking and with a caddy is a cornerstone of the Cypress Point golf experience.

Over the years, Cypress Point has hosted many tournaments, most notably the Bing Crosby Pro-Am and the Walker Cup in 1981, which will return in September 2025. The Club also hosts a regular schedule of Club events, which while popular are always open to Members who want to play.

Although Cypress Point is a private club and guests must play with or as the guest of a Member, the Club has been very generous in hosting members of MacKenzie Society clubs to play in connection with visits to California for Annual Gatherings.