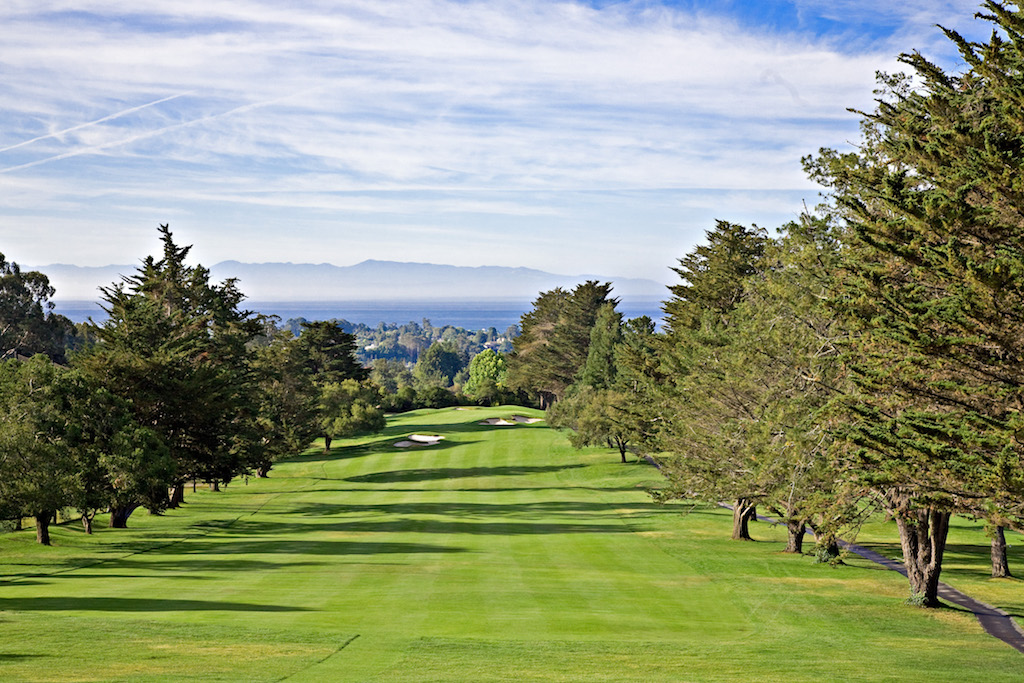 The Spanish word “pasatiempo” is translated as “hobby” or “pastime” or a “relaxed passage of time.” Over the years, golfers have argued that there are few places more breathtaking and challenging than the course named Pasatiempo built by Marion Hollins and Dr. Alister MacKenzie.

Marion Hollins was the U.S. Women’s Amateur Champion in 1921 and is widely recognized as a pioneer of international women’s sports at a time when sports were considered primarily a male activity. Ms. Hollins was an expert equestrian rider and the only woman in America with a men’s handicap in polo. She was also a female entrepreneur in a man’s world, a dreamer and a doer, a business associate of the rich and famous, and a person who made and lost fortunes.

While working for Samuel B. Morse at the Pebble Beach Company, Marion Hollins was given the task of developing the Cypress Point Golf Club. A great student of the game, she brought the teaching pro, Ernest Jones, to America and Dr. Alister MacKenzie to Cypress Point. Dr. MacKenzie gives her credit for the location of the 16th hole at Cypress. She teed up a ball and drove to the middle site for the suggested green.

On January 12, 1928, Marion announced she would begin work on a real estate and sports facility consisting of: an 18 hole championship golf course, clubhouse, swimming pool, tennis courts, steeplechase course, bridal paths and a beach club on the Monterey Bay. For the design of the golf course, she secured the services of Dr. MacKenzie. Her goal was to build the best course west of the Mississippi and the result of their efforts is Pasatiempo Golf Club. The location of the golf course was on the hills looking south to the Monterey Bay. The rolling hills of sand made an excellent foundation for the course and the elevation changes provided a natural resource for Dr. MacKenzie to develop his Santa Cruz masterpiece.

The course officially opened on September 8, 1929, with the first group to play consisting of Marion Hollins, Bobby Jones (considered the father of modern golf), Glenna Collett (U.S. Womens Amateur Champion) and Cyril Tolley (British Amateur Champion). Over 2,000 spectators gathered for the grand opening and followed this world-class foursome around the course. Besides Pasatiempo’s first foursome, some of the other golf celebrities of the era attending the Opening were Alister MacKenzie, Ernest Jones, and Grantland Rice.

Dr McKenzie’s home is still located beside the 6th fairway. He lived there from 1929 until his death in 1934. After his funeral and cremation his ashes were scattered via airplane over his beloved Pasatiempo.

Dr. MacKenzie’s ability to incorporate his philosophy at Pasatiempo has created a living image of his idea of how golf should be played.  He writes in his book The Spirit of St. Andrews that his favorite 4-shot hole he ever made was the 16th at Pasatiempo. Bobby Jones was so impressed by what he discovered while playing Pasatiempo that he invited MacKenzie to design his course. The result was Augusta National—home of The Masters Tournament. In 2005, Dr. MacKenzie became a member of the World Golf Hall of Fame in the Lifetime Achievement category. Dr. MacKenzie was the first golf architect inducted into the World Golf Hall of Fame.

Today, Pasatiempo is annually recognized throughout the golf industry as one of the top 100 courses in the country. Of all MacKenzie-designed courses, Pasatiempo remains the truest to its original design; the only major changes being the addition and growth of trees and a small reduction in the number of bunkers. Even equipment changes have not diminished the golfing challenges Pasatiempo presents. Dr. MacKenzie’s magnificent golf course on Monterey Bay has truly has withstood the passage of time.

If you’re interested in learning more about Alister MacKenzie, we highly recommend The Spirit of St. Andrews which is a wonderful book about golf course architecture written by Dr. MacKenzie himself. MacKenzie leads you through the evolution of golf—from St Andrews to the modern-day golf course—and shares his insight on great golf holes, the swing, technology and equipment, putting tips, the USGA, the Royal & Ancient, and more. A great read indeed. Another noteworthy book is The Life and Work of Dr. Alister MacKenzie, written by Tom Doak, et. al. Tom Doak is one of the foremost experts on MacKenzie’s work and has been employed by Pasatiempo as part of their course heritage project to keep the course faithful to Dr. MacKenzie’s original design intents.