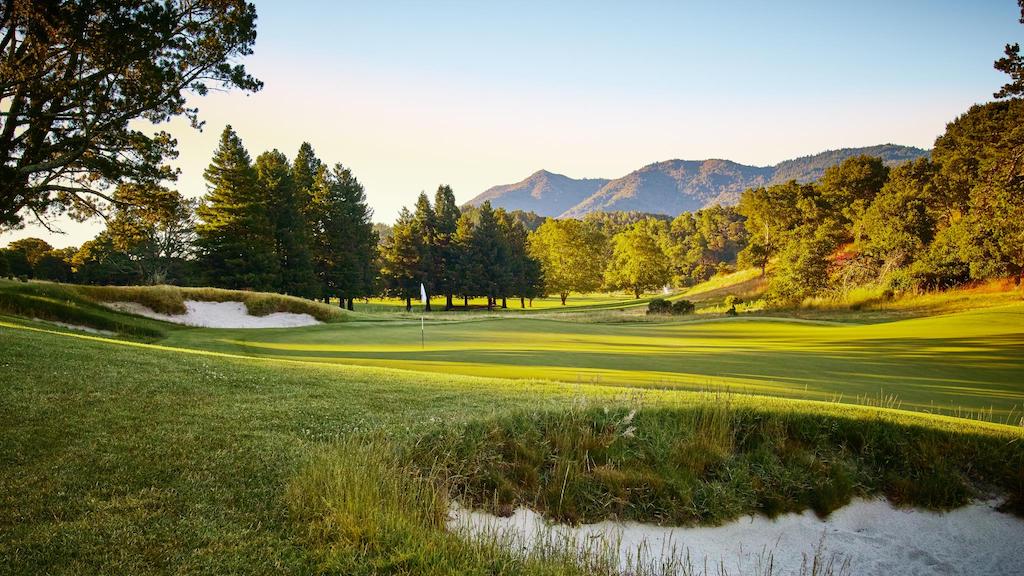 Meadow Club is the first course in America designed by Dr. Alister MacKenzie. Founded in 1926 as Meadow Club of Tamalpais, our front nine was opened for play on September 16, 1927 and the clubhouse and back nine opened on May 6th the next year.

Ours is the first course MacKenzie built in partnership with Robert Hunter. The MacKenzie-Hunter team went on to design and build such famous California courses as Cypress Point Club, Pasatiempo, Green Hills (Union Club), Valley Club of Montecito, Sharp Park in Pacifica, and Northwoods in Monte Rio, near the Bohemian Grove. They also collaborated on redesigns and course revisions to Claremont Club in Oakland, California Golf Club, and Lake Merced in San Francisco, and the Links at Pebble Beach. MacKenzie’s last design was Augusta National completed in 1933. He died the next year in Santa Cruz near his home at Pasatiempo.

During the Depression, WWII, and the 1950s – 60s, many course features shrunk or were removed. Our original treeless links-style landscape was heavily planted in redwoods and non-indigenous trees resulting in a loss of MacKenzie’s unique styling. From 1999 – 2010, we undertook our MacKenzie Signature Program to recoup these features. Michigan architect Mike DeVries was hired to study and restore the green and bunkering complexes that were lost. The membership also undertook a series of landscaping and tree removal studies to resurrect site lines, improve agronomy and eliminate the incursion on play that had evolved as a result of the growth of trees planted since the 1960s. Some modifications, including championship tees, have been added to strengthen the course versus the onslaught of club and ball technology.

These programs have brought the course back to its “MacKenzie Glory.”